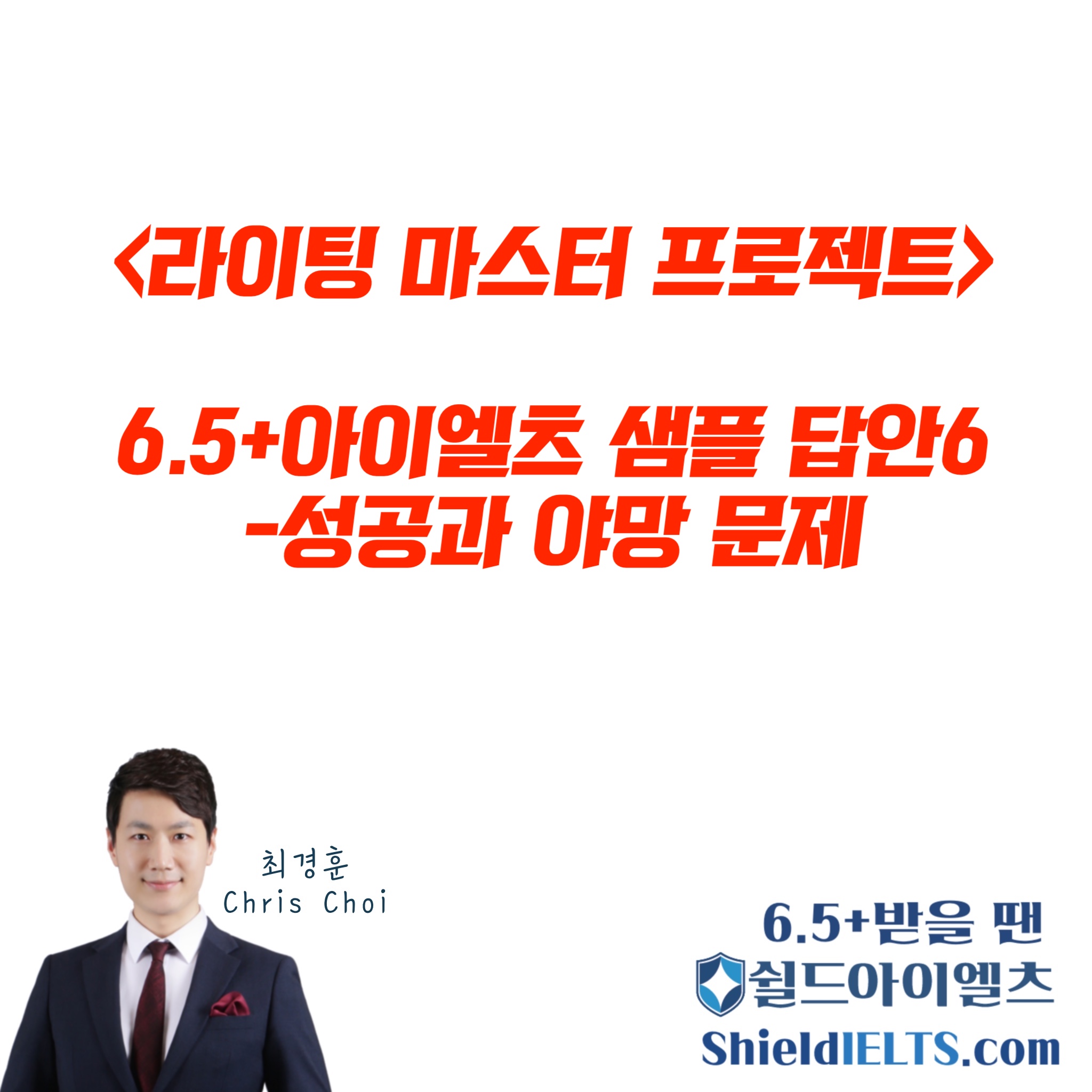 In modern society, ambition is more and more critical. How important is the ambition for being successful in life? Is ambition a positive or negative characteristic?

In developed countries, competition is brutal in almost every industry. That is perhaps why many people start to think ambition is so crucial for someone‘s success. This essay will explain how significant influence it can have on success and show why I think it is a positive characteristic.

Ambition plays a significant role in everyone‘s success. Firstly, it enables people to have consistent motivation to achieve their goals. So many people fail to live their dream life because they fail to make efforts in the long term. Successful people, however, have such a great motivation, mostly from their ambition, that they can persevere even though they also face some hardships like ordinary people. Secondly, it helps people focus on one thing. They can find what they are good at and keep developing it to be an expert in the field, making the chance to succeed higher. Therefore, ambition is essential for success.

In my view, ambition is a positive characteristic. That is because it can help people grow intellectually and also physically. Those who have ambition are likely to learn more at school and work than those not because they try to achieve their goal in life. They probably try to become more competent to increase their potential to the maximum. Moreover, ambitious people tend to take care of their bodies more than others because they have to persist until they reach their goals. They understand how vital their physical health is, so they are more likely to work out regularly and perhaps change their diet in a good way. So ambition is constructive for life.

In conclusion, ambition influences people’s success significantly and positively. It helps people persist during hard times and concentrate on their expertise. Ambitious people can also have intellectual and physical strengths, so I believe it is a positive characteristic.

-앞문장을 받을 때는 this is 보다 that is가 더 정확

Successful people, however, have such a great motivation, mostly from their ambition, that they can persevere even though they also face some hardships like ordinary people.

-during hard times -> 관사 nothing-> times